Dad’s obituary will run in tomorrow’s newspaper. I’ve had a week now to move through a range of shock, disbelief, grief, and acceptance of his passing, Surrounded by family, Dad died peacefully in his own bed after only one day of hospice. My mother, brother, and I have been re-adjusting to the feeling of three, not four. I don’t know what day it is. The space Dad has left is a huge culmination of molecules affected. The air we walk through here now contains both his essence and his absence. The words of sympathy and admiration for this man who forged an incredible life centered on family, friends, and community have been pouring in and we are resting in the truth of just how significanty Dad touched others.

When I am here, I love to capture the beautiful view my parents enjoy from their east facing exposure to Canandaigua Lake and the hills beyond. I have shared the glorious sunrises that fill the sky with color and drama during all seasons. I love them all, but it is the winter scenes that capture the spirit of something primal that I suspect Dad felt too. There is nothing more exhilirating than stark and cold of a brilliant winter day. 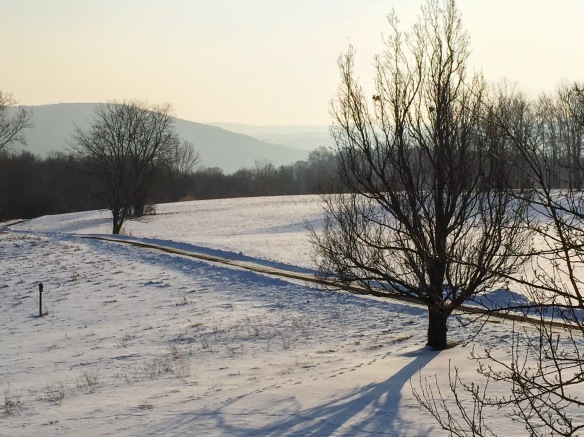 Dad loved to downhill ski. He became part of a devoted group of friends who would travel to Aspen each year. After several seasons of this, he decided to initiate the rest of us, taking us to Montreal to ski in sub zero cold one winter weekend. It took. We became a family of skiers through his passion, and had years of weekends together travelling to our beloved Holimont in Ellicottville NY early on Saturday mornings to be the first on the slopes, not waiting for lunch to eat Dad’s famous egg and olive sandwiches for breakfast in the car from the large lunch basket which we all whole-heartedly contributed to packing the night before. There was always fun apres ski with friends after the last runs, and then we’d drive to Jamestown to spend the night with our Gramma Ford, arriving to the smells of her home cooking that Dad grew up with. We would be back on the slopes again first thing Sunday morning, ski all day, then make the three hour drive home, always stopping for some of his favorite Perry’s ice cream on the way. Black raspberry was his favorite. Years of family ski trips to Vermont and Colorado followed. He and Mom skied in the Alps. He became known for his signature one piece Bogner suit and white hat. And finally, retired here to the Bristol Hills west of Canandaigua Lake, he would ski daily at his beloved Bristol Mountain, just minutes away from home.

When Dad broke his leg two years ago at the age of 83, skiing, he mourned his loss of time on the slopes. He never did ski again.

A week has gone by, and the snow that was here for Dad’s spirit to merge with is gone. Rest in peace Dad. 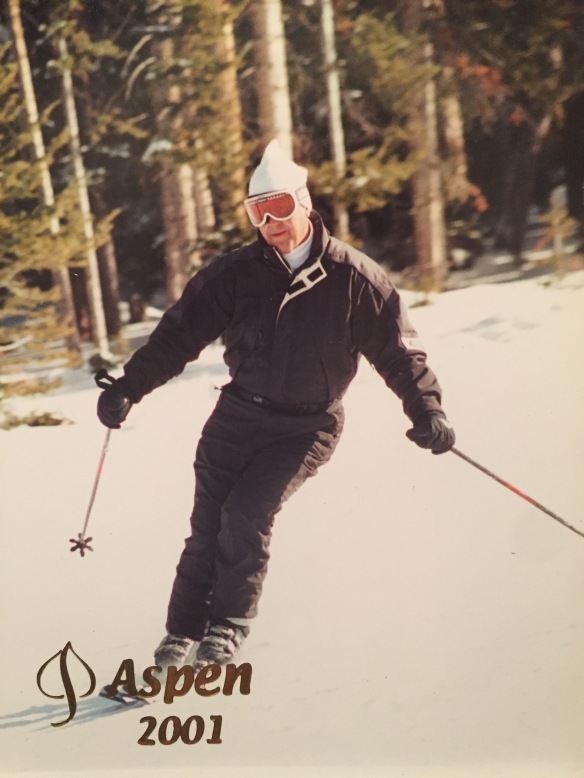