I just got home from an afternoon of Special Olympics basketball. The world feels right again. My faith in humanity, in a way of settling into the heart of the game that is being played by persons of all abilities, is always instantaneously restored in this context. Perfect strangers root for the other team when a brilliant basket is made. The sense of us all being in it together, truly and authentically, is what reigns. It is such a relief.

This morning the sun finally rose in full view with the day.

I can’t remember such a gloomy stretch since I’ve been here in this beautiful place I call home. It’s been a long week of gray skies, sleet, rain, freeze, ice, sporadic snow flurries. So uninspiring that the woods didn’t even call. The dogs were becoming impatient with the dance between inside and outside

Finally, yesterday, with the Himalayan style cramp-ons strapped to my boots, we ventured out into the ice encrusted world where deep frozen deer tracks, looking like lungs of the earth, were the only hints of life. 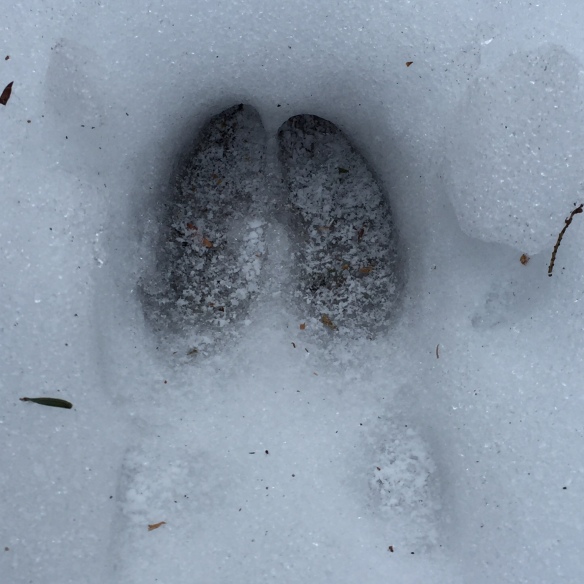 It was a start anyway, to settling into the world of home that I remembered before I went away for retreat. I was so caught up in the rapid fire changes being made at a national level that I forgot that this home for me has already been irrevocably changed in such a powerful and wonderful way by the presence of Ben, and all the people I have been lucky enough to come to know who also inhabit his world.

Ben made me a CD the week he was home for Christmas. He is a master of making playlists and loves to compile special collections for special people in special times. It wasn’t until we were in the car after our week together that he popped his new creation into the car CD player. It began with skillfully interwoven Annie Lennox songs from two different albums, all my favorites, twelve in all. I thought that was it. But when I got back home and was driving into town for the first time a few days ago I turned on the audio and the CD kept going. The song ‘Unwritten’ by Natasha Bedingfield filled the car with its inspiring lyrics, then the song ‘Reflection’ from the movie Mulan, then three Celine Dion love songs. For some reason this entire collection, all powerful songs by powerful women, brought up the emotion I had been suppressing since I came home. Driving along I finally released the tears I had been holding for days. How did he know?

I ejected the CD and found this written on the disc** 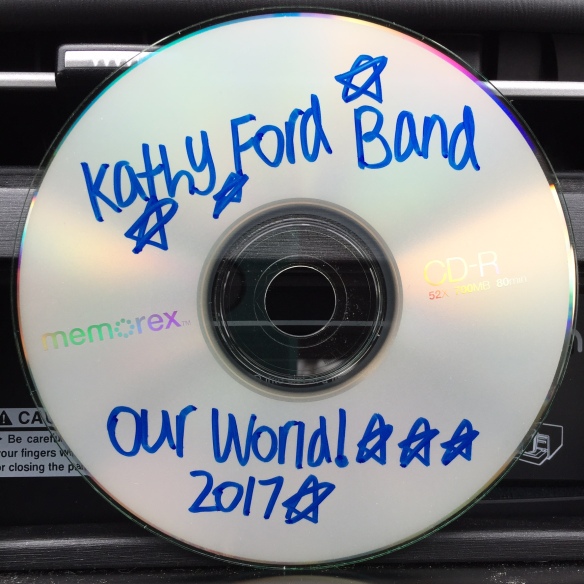 3 thoughts on “our world”