It started with the morning birdsong. Nora and I were out on the path earlier than usual, cool air, diffused light through a lens of light clouds, and a hushed stillness that can accompany early morning. I’d see these slightly glowing patches on the ground and through the trees beyond, from the canopy of conifer we were walking under.

Not the bright light of full sun, that like a stage spotlight, can laser through to make a show of something. The quality of the birdsong reminded me of one of my favorite books, Prodigal Summer by Barbara Kingsolver. I’d listened to her read it on tape, unabridged, with her magnificent southern lilt many times already, and the the birdsong was always present in the tracks that took place in the woods. But I’ve never actually read the book, sitting exactly where I know I put it on a shelf of things to be read. Reminiscing about the quality of the story and Kingsolver’s gift for putting you in a scene, the filtered light surrounding me began to come alive as well. This is the light of artists I think, where the light inside something has a chance to emerge and become one with the light outside. My field of vision began to alter. I started noticing that the path ahead continued to be unobstructed. But just a week ago, we had to negotiate a series of fallen trees, mostly manageable by stepping over, effective hurdles for Nora’s impressive track runs. We reached the turning around point where a rather large tree marked a transition and had become a bench of sorts for me to sit and meditate before heading back. But the tree was gone. I looked down at the sections of moss covered bark and sawdust on the ground, got down close to inspect and found myself getting sucked into a mystery. 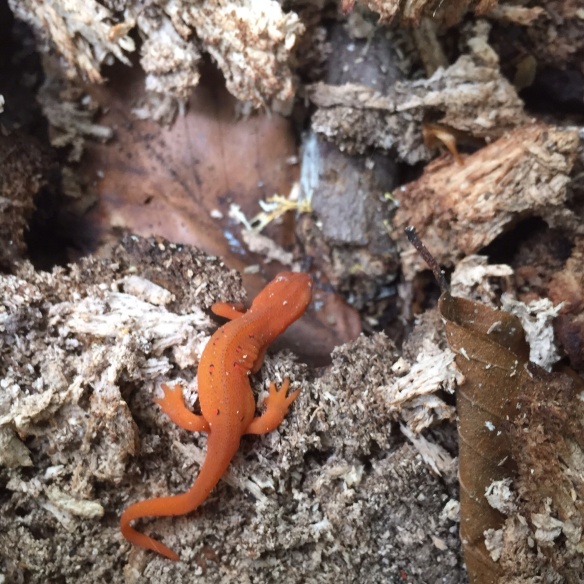 I looked at the sections of trunk cut clean through now resting on each side of the path. 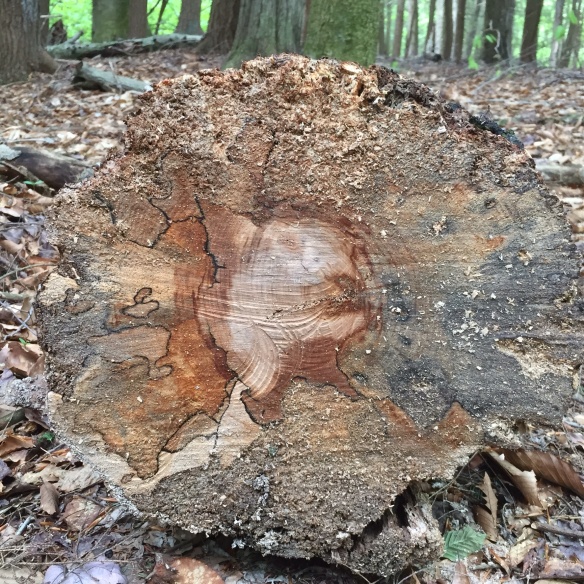 The energy of someone who had been here recently to make this path passable again was still palpable. Walking back I now began to notice the fresh saw cuts of all the brush that had once been there. Like fresh air breezing through after a spring cleaning, the filtered light continued to expand and make clearings.

Ben has a new girlfriend Emma. Pictures of the two of them have been appearing of Facebook for a few months now, each one more compelling than the last.

I keep trying to explain the quality of what I feel in these pictures. They radiate together.

It’s a quality I have always felt in Ben, but seeing him with Emma, who also has Down Syndrome, it is as if the light in each of them has emerged and settled in a clear unobstructed way in the space between them. Ben’s ability to be transparent in his thoughts and emotions is a gift. I have always felt his love. But now, in his connection with Emma I get to see this love too, like a mystery that is temporarily illuminated in filtered light, it’s presence completely known. I want to savor what I see in these photos, what I experience when in the presence of Ben and Emma. Yesterday was the end of the year spring concert for their school. It was an impressive collection of ensemble performances, jazz, African drums, musical theatre, rock and roll, professional troupe, and chorus. Amazing heartfelt performances that collected joyous light from all of us in the audience as well and made for one of the best BHMA concerts ever. No coincidence of course that the concert ended with the chorus singing the Beatles, ‘All You Need Is Love’. Ben and his friends carried their joy into a celebratory dinner. 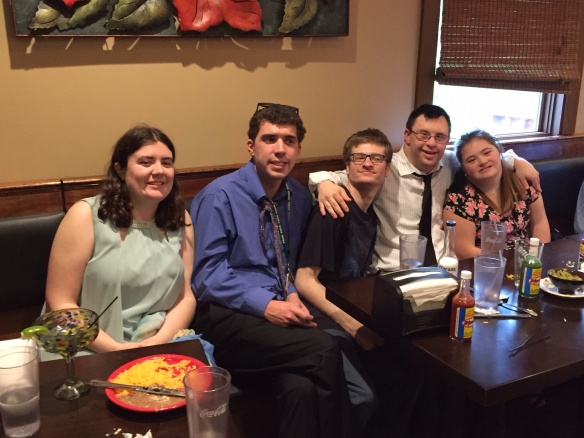 It is a time to revel, as we who are lucky enough to share space with these amazing individuals, get to do.

I also think it’s time to get my copy of Prodigal Summer off the shelf and actually read it.