It is such a potent time of year. Spring. Snow melting. New growth. Resurrection. FIRSTS. It is also the time of year that both me and my brother and each of our first borns came into this life.

We have some pretty potent family history too.

The story goes like this. My mother was given a due date of late March when she was pregnant with me. I ended up being born on April 3, ‘Maundy Thursday’, at 12:31 pm under a full moon. Two years later she was given a similar due date for her pregnancy with my brother and he was born March 24, ‘Maundy Thursday’, at 12:30 pm under a full moon. As if this wasn’t enough of a ‘coincidence’, I was given a mid March due date when pregnant with my daughter. She was very late, and literally did not emerge until the moment my brother walked through the doors of the hospital where she was born, on the day of his birthday March 24th. The famous line in the birthing room that day was from the attending midwife who took one look at Molly’s over cooked red skin and said, “It’s almost as if she was waiting for something…” hmmmm….

I was talking to my mother a few weeks ago on March 24th and she reminded me that it was also my bother’s birthday. I’m sure I sounded a little exasperated when I said, “I know Mom!”, thinking to myself, as if I would ever forget my own brother’s birthday! It was later in the day that it hit me, that perhaps what Mom was alluding to was the fact that we each gave birth on this same day…and with the spirit of sharing in celebration, sent her this favorite photo of mine that embodies the very essence of love between child just recently born and mother….of me and my daughter when she was just three months old.

These potent threads tie us to each other and to this time of year when the birth of color and birdsong and anticipation is really strong.

My parents came to spend this past weekend of birthday, full moon, and Easter with me this year. The better part of one whole day was spent making pata, the cherished Albanian pie that my grandmother used to make. The family has continued the tradition since she passed with their own versions made with frozen phyllo dough. However my grandmother made her pata with homemade phyllo dough and I have been determined for this to be my way too. I’ve been experimenting for years and recently tried again. As if to resurrect the spirit of this dish that has held such meaning in our family. I’ve met with some success; a miraculous re-creation of something that has brought back a rush of childhood memories sitting in my grandmother’s kitchen with just one bite. Photos sent to other family members evoke sighs of memory and desire for this food we love. 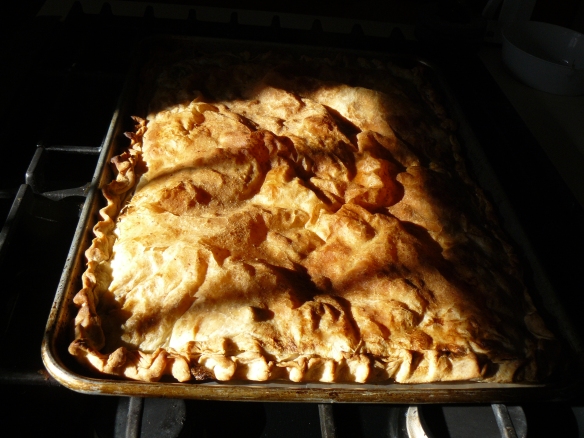 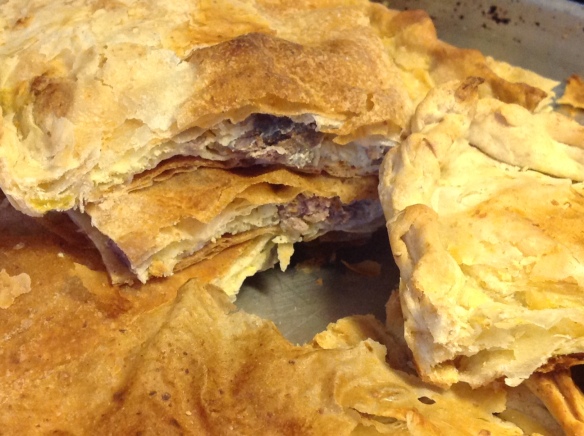 So I shared the process with Dad this weekend, a first since my grandmother passed. Together we made qupe e mish (onion and meat) pite (pronounced ‘pata’, also known as byrek). We slow cooked in the oven a pound and a half of locally grown stew beef in red wine and chopped onions. Cooled, the beef is cut into small pieces. More fresh onions are chopped and sautéed in water. The onions and chopped beef are added to whisked eggs to become the filling between the layers of phyllo dough that has been stretched together with butter between each layer to form a bottom and top crust. It is not something that can easily be made from a recipe. It has to be experienced. Sharing this experience with Dad was like a new beginning within an ancient lineage of tradition.

I woke this morning to the sound of morning doves for the first time this spring. Anticipation of this first warm spring day was met with patches of melting snow, rushing water, and navigable trails in the woods during the first real hike of the season. More firsts. Nora and I were out for hours. She led the way of course and I dawdled and took in the infinitely potent scenes of ice meeting water, snow meeting trail, objects re-emerging, surfaces of both dead and alive trees pulsating in the warmth of the sun, and variations of emerging green…. 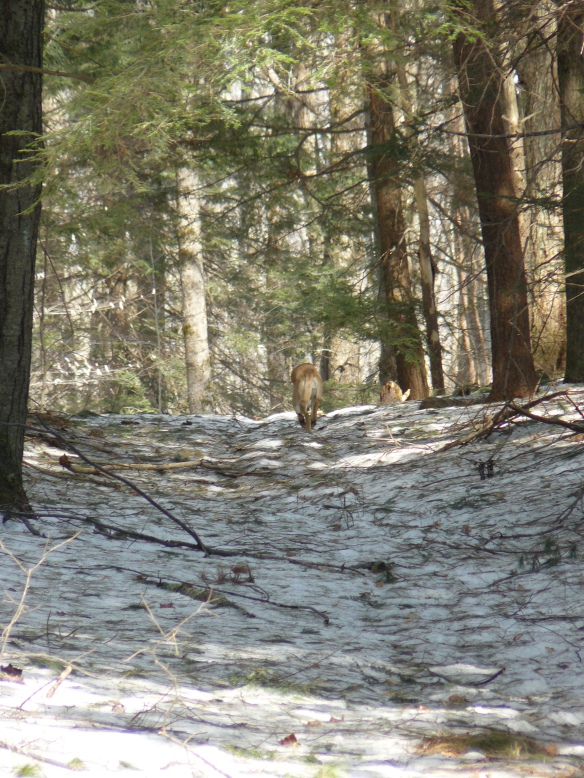 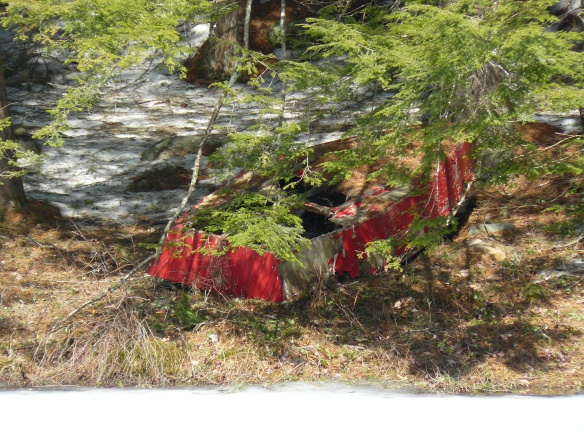 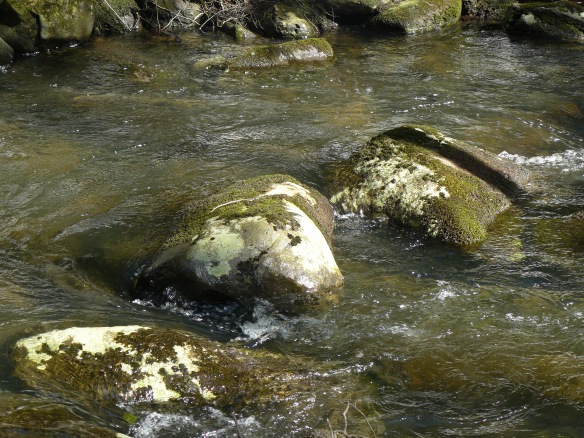 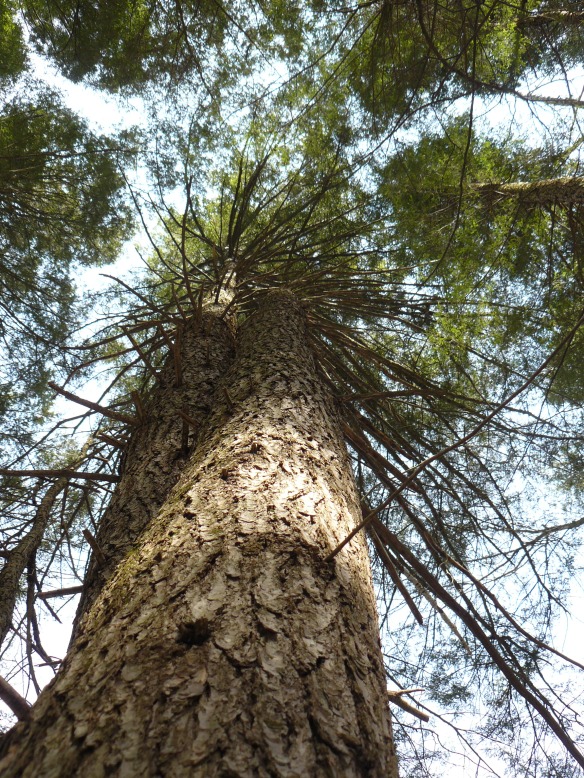